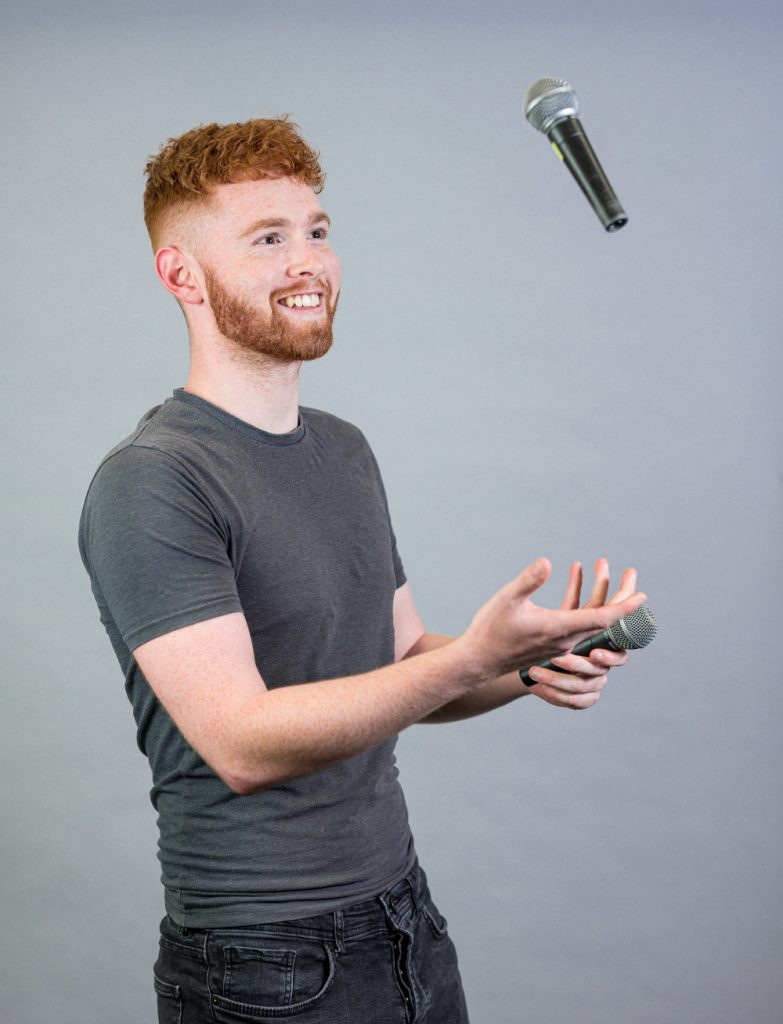 Ben Lynott comes from County Mayo, on the west coast of Ireland. He is well versed in all areas of sound and audio as by day he works with RTÉ and TG4 as a composer, location sound recordist, mix engineer, and sound designer. However, by night, Ben works as a sound engineer at Celtic Steps The Show.
Thanks to The Core Mayo, he gained extensive sound engineering experience at a young age, and has gone on to work with Sam Fender, Little Green Cars, and Maverick Sabre, along with various theatrical shows and smaller concerts. Having recently graduated with a BA First Class Honours degree in Music Technology, Ben is delighted to get back into the sound engineering scene once again.
Ben grew up in a musical family, with a strong connection to Irish music. His cousins include the famous Fiddle player, David Duffy, and of course, Phil Lynott of Thin Lizzy. It is no surprise that at just age 9, Ben could be seen composing and recording his own music and songs. At age 15, he released his first self-produced EP, and in 2019, he signed his first deal with a record label.
From his background in music production and mixing, he has a keen ear for a full, warm, and balanced sound.