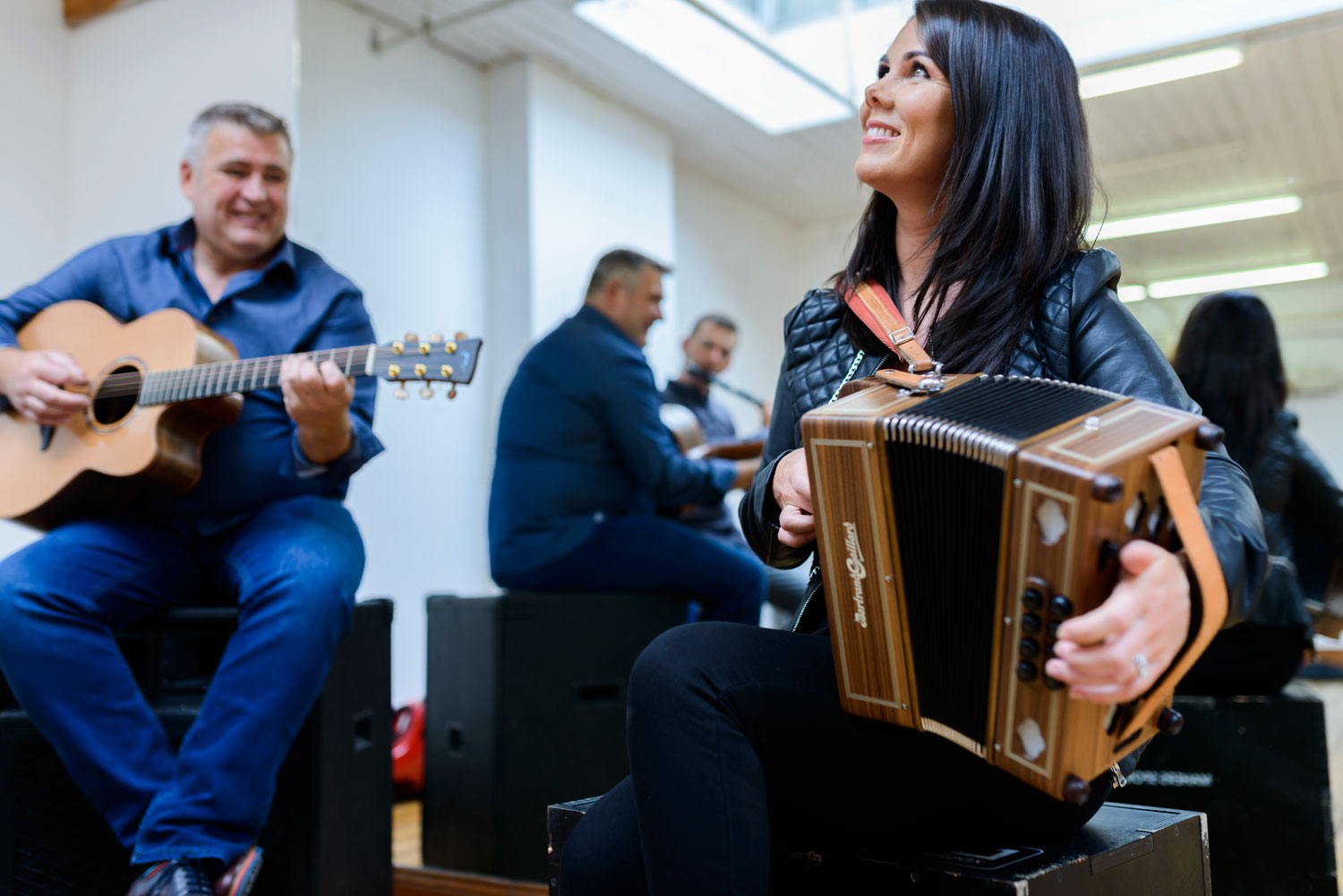 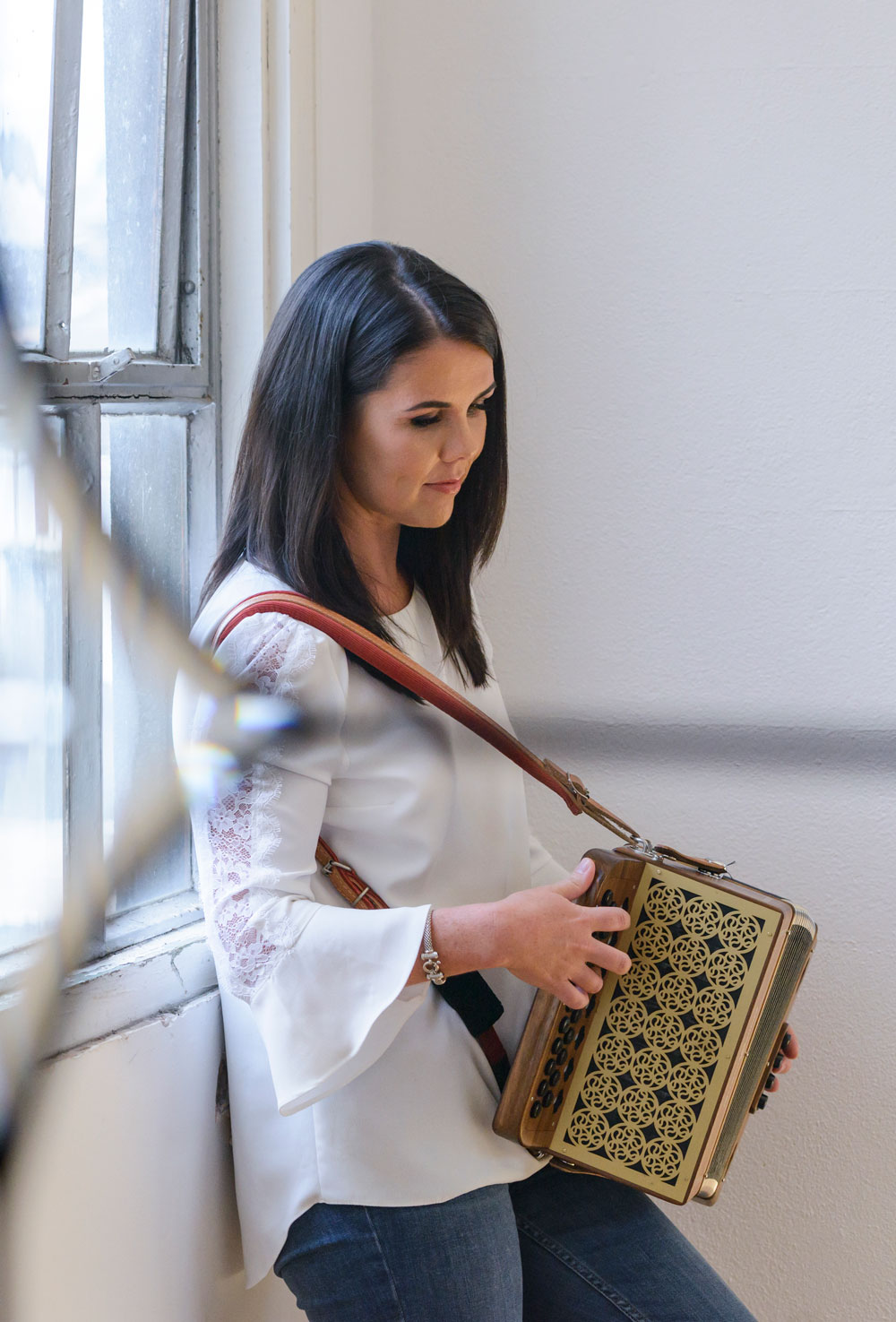 Sharon was born in Cromane, near Killorglin in Co. Kerry. Growing up in a family steeped in Irish Music, it was only natural that Sharon would take up an instrument. Encouraged by her family, she chose the button accordion. As a young girl, Sharon honed her style and developed her repertoire of tunes from countless hours ‘session playing’ and listening to the Irish Legends such as Dermot Byrne, Sharon Shannon and Donal Murphy to name a few.

Sharon has been playing professionally for the past 20 years, producing a solo cd at the age of 15 and performing regularly around her native Kerry as well as touring internationally with various dance shows to Australia, Tasmania, UAE, America and Europe.

Sharon holds a Bachelor of Science Degree in Nursing and a Bachelor of Science Degree in Clinical Measurements Science. She lives with her family in her native Kerry where she works as a Cardiac Physiologist as well as a Musician in Celtic Steps The Show. Sharon has been with the show since its inception and to her playing traditional Irish Music is a way of showing her passion for Irish culture and heritage.